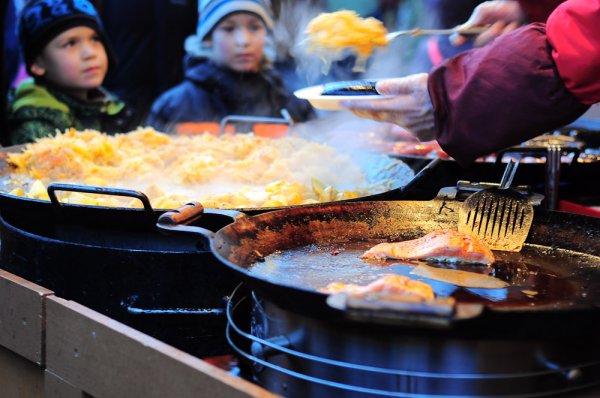 Selling cabbage and salmon at a Christmas market in Tallinn 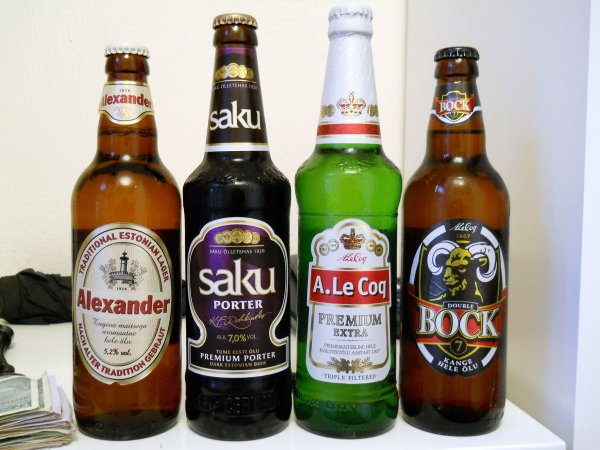 Estonian food is generally very simple and typical of what farmers eat. Pork, dairy, potatoes, black bread, and fish are commonly eaten foods. Fishing, farming, and foraging provides most of what makes up the Estonian diet. Food culture is influenced by the Germans and Russians, two peoples who occupied Estonia for long periods of the county’s history. Cooking styles and traditions are similar to those of Estonia’s Baltic Sea neighbors such as Lithuania, Latvia, and Finland.

Estonian cuisine is still strongly dependent on the time of year. In spring and summer when fresh produce is available, Estonians eat a lot of fruit and vegetables. Spring staples include rhubarb, wild garlic, sour dock, and radishes. Summer staples are cabbage, beats, carrots, potatoes, cucumbers, apples, plumbs, and currants.

Estonia is a cold country and people often had to live for months without fresh food; therefore, they preserved ingredients and dishes like blood sausage and pickled eel, which are traditional foods. In autumn, many households still make canned preserves and pickles, drawing out the shelf-life of produce like wild berries, cucumbers, and root vegetables.

Foraging for mushrooms and berries was at one time an essential part of Estonia’s agricultural tradition. Grocery stores and modern conveniences of the 21st century have made Estonians less reliant on seasonal gathering, but it is still popular in the countryside and retains its charm as a recreational activity. Much of Estonia is covered in forests, and in many spots around the country visitors can wander the woods on guided mushroom- and berry-picking tours.

Another seasonal activity with deep roots in Estonian’s rural economy is the traditional wintertime hunt, which brings in elk meat, venison, and wild boar meat. Estonians have even been known to hunt moose and bear as well.

Baltic herring is the national fish and most widely eaten in Estonia. Whitefish, flatfish, trout, perch, and sprat also are popular. Fish is usually preserved through pickling, but may be smoked, dried, and salted. Smoked fish or suitsukala is an Estonian specialty. It can be a very simple appetizer served with black rye bread (rukkileib) and butter. Rukkileib is another Estonian stand-by, served with dinner throughout the year.

Beer is the most common beverage for Estonian adults, and it is consumed with meals and on other occasions. A variety of beers, both light and dark, are commonly available, and local areas follow their own centuries-old traditions. Vana Tallin is another popular alcohol, a sweet herbal liqueur produced in Tallinn and consumed in much of Eastern Europe. Estonian wines are made from apples and berries since grapes cannot reliably grow at the country’s northern latitudes. Estonian vodkas are popular at home and throughout the world.